Daniela was kind enough to find this article and translate it for us here!   We already knew it was going to be Latin/Spanish and geared toward the Latin crowd, but I know we will love it anyway!  Spanish is actually easier to understand than Italian and we know the guys will put their heart and soul into it, as always and will have a lot of fun making this one!  Here is translation from Daniela!  Grazie mille! or should I say – Muchas gracias!  🙂

Today is published by Optimagazine this article about the new album of IL VOLO.

THE NEW ALBUM OF IL VOLO WILL BE A POP REVOLUTION: THE FIRST CLUES ON THE RELEASE DATE IN 2018

It will be released in 2018 with the promise of a big pop revolution: IL VOLO is already working on the new unedited album.

Begin to leak the first clues to the new album of IL Volo, which will be totally pop-kind as they had anticipated in recent months, during the World Night Tour – A Tribute to the Three Tenors started from Vienna on April 21st.

The lucky tour has touched several European and Italian cities, and then landed on the American continent. Since September, the group has resumed the tour in Latin America, and is now working on the new pop album designed for the public and the Latin market. Produced by Emilio Estefan, husband of celebrity Gloria Estefan, the new album Il Volo will almost certainly be released by 2018, for which the three boys have been searching for melodies and lyrics, all in a newer popular dress. And from the words of the three tenors we really have to expect a great revolution!

“It will be a new pop project and we’ll surprise you, maybe there will be something with Ermal Meta and Tiziano Ferro, but we’ll see.”

Although they had expressed the desire for a break from the stages, Ignazio Boschetto, Piero Barone and Gianluca Ginoble left clues that make it clear that they were already in the studio to work on the new album of unpublished, but without hurry. “We will publish the new project when it is ready, we have no deadlines,” said Piero Barone.

At the moment, the band is devoting to the next album, and the world tour will resume in late November for the last two live concerts in Japan: November 28 will perform in Tokyo, and December 1 at Kawasaki.

The Magic Night Tour – Tribute to the Three Tenors has brought the latest record project by Michele Torpedine to the stage, which honors the show “I Tre Tenori”: Luciano Pavarotti, José Carreras and Placido Domingo, who participated in the album. Both the record and the tour have hit a huge hit all over the world with numerous dates sold out.

From Gian…”something’s going to change….”

A cute little birthday greeting from Gian to Ignazio!

Guys in the studio on Igna’s birthday – looks like he wants cake!

The boys have been teasing us a bit about what is next on their recording agenda.  It seems that it will have a Latin flavor since they are working with their friend, Emilio Estefan.  And remembering how we, the fans, love the  tantalizing Latin beat of “Volare,” it would seem that we would embrace that style.  But, just for fun, let’s consider some other styles of past musical icons that they might choose to emulate.

Since our boys have such a propensity for the beach, maybe they would like to try the Beach Boys’ style, one that has stood the test of time with its’ catchy tunes, captivating rhythm, and great harmony.  The guys would really get into spirit of fun following in the Beach Boys footsteps.

Wouldn’t it be great to hear Igna  taking the falsetto part of the Jersey Boys’ repertoire?  He would be so good at it.  He did some improvisations with the high notes of “Somebody to Love” that blew our socks off, plus he has the added asset  of his adorably endearing facial expressions (those eyes!!) to go along with the voice.

Remember the Ink Spots?  Most of you probably don’t.  You might  want to look them up.  Their harmony and rhythm were so contagious they always left you wanting more.  Remind you of Il Volo?  Gianluca might have to dig down a bit to match the low notes, but hey, that guy can do anything he sets his mind to, right?  They recorded some beautiful songs that would be great for our guys. 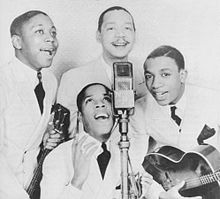 Speaking of great trios, let us not forget the Nat King Cole trio.  Talk about sweet and mellow–just the style for Il Volo.  Is anyone more sweet and mellow than our boys?  Gianluca could easily handle Nat’s romantic solos with his own brand of style and panache. 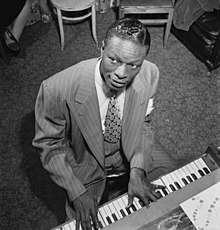 And “sweet and mellow” brings to mind the Williams brothers, mainly Andy.  Imagine Gian doing “Moon River”  what a treat that would be.  Piero, being the more dramatic sort, doesn’t often show us the softer side of his vocal technique, but he sings with such passion and expression that we know he would be breathtakingly spectacular doing some of Andy’s romantic songs.

Well, we will have to wait and see what the finished product of the most recent endeavor will be, but  we know that it will be all in true ILVOLO STYLE.  You can’t improve on perfection, and perfection is what they are.

So stay calm and get out your dancing shoes…..Tango, anyone??

Credit to all owners of photos.
~Mary Bohling~
~~Jane~~